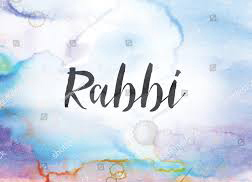 Rabbi Lenny Sarko, received his smicha (ordination) from the Rabbinical Seminary International in New York City. He holds a B.A. degree from Michigan State University, a M.A. in Jewish Studies from Siegal College, Cleveland, Ohio, a Masters in Education from Ohio State University.

Rabbi Lenny has served as the spiritual leader for a number of synagogues in Ohio, Temple Beth David in Spring Hill, Florida, and most recently as rabbi for Achduth Vesholom in Fort Wayne, Indiana.  He has been a Jewish educator for over thirty years for a number of schools, synagogues, churches and other locations. His expertise includes subjects such as history, prayer, Jewish holidays, Jewish philosophy, and many other areas.

He is a pioneer in the use of modern media as a tool for Judaic education. He designed a set of 54 interactive CD’s for Bar and Bat Mitzvah students, regularly uses new social media for one-on-one conferencing and has composed and distributed a series of short stories titled “Modern Midrashim.”

Rabbi Sarko is a father of three and a grandfather to three. He currently resides in Greensburg, PA with his wife Karen.